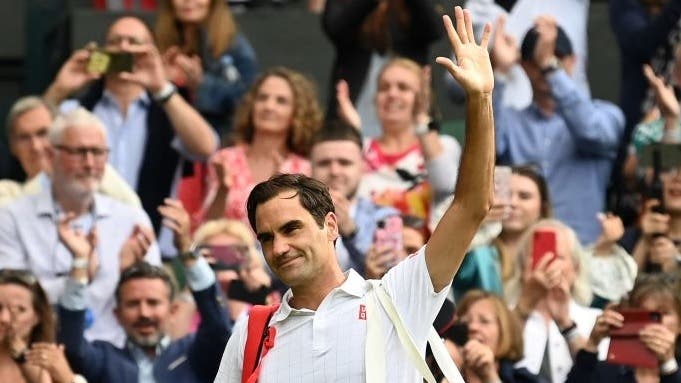 💔😢. I LOVE YOU, Roger. Thank you for everything you’ve done in tennis and with myself. Tennis world will never be the same without you. https://t.co/Wm0IjNqjjx

Thank you for everything Roger. See you soon. Rocket https://t.co/wjjk1lvd2H

(1/2) Roger Federer is a champion’s champion. He has the most complete game of his generation & captured the hearts of sports fans around the world with an amazing quickness on the court & a powerful tennis mind. He has had a historic career w/memories that will live on and on. pic.twitter.com/zxGq4izh1v

Cheers Roger. Thanks for the shared memories my friend. It was an honor to share time/experiences on the most hallowed grounds in our sport. Don’t be a stranger ….

.@rogerfederer thank you for doing more for tennis than any single individual. Thanks to you competitors and fans across the world get to experience and enjoy it all over the world. Congratulations on your achievements and the people you continue to impact in and away from tennis

Where do we begin?

It’s been a privilege to witness your journey and see you become a champion in every sense of the word.

We will so miss the sight of you gracing our courts, but all we can say for now is thank you, for the memories and joy you have given to so many. pic.twitter.com/VDWylKvW86

Find out more or adjust your settings.

This website uses cookies so that we can provide you with the best user experience possible. Cookie information is stored in your browser and performs functions such as recognising you when you return to our website and helping our team to understand which sections of the website you find most interesting and useful.